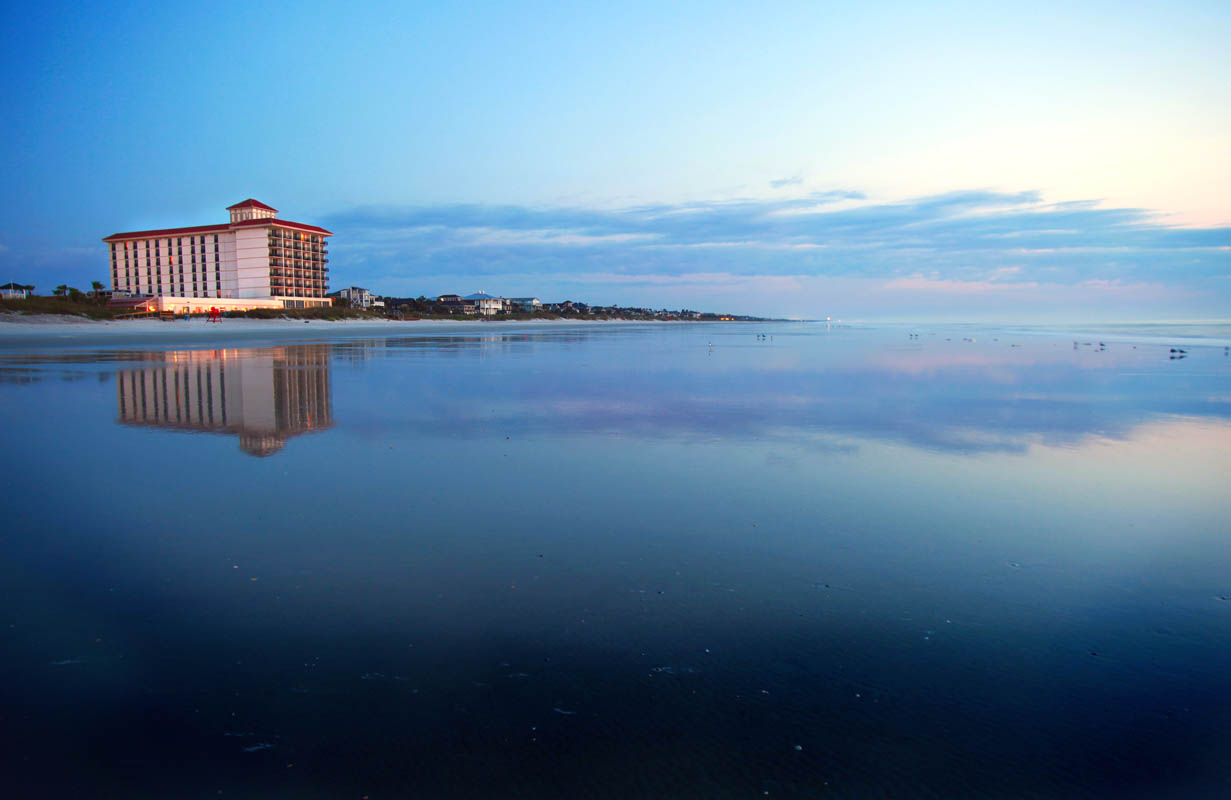 Enjoy a round of golf at a nearby course!

Get out on the water for an inshore fishing trip!

Relax with a Spa Treatment at The Sawgrass Marriott, Ponte Vedra, Florida.

The unprecedented circumstances presented by the COVID-19 global pandemic forced us to cancel the 2020 Sunshine Conference to ensure the safety of our attendees.

We missed all of you and the camaraderie the conference grants our guests and presenters alike. We look forward to seeing you at the 2021 Sunshine Conference.
May 11-13, 2022, at the Sawgrass Marriott, Ponte Vedra, Florida.

We will follow local, state and federal guidelines with regard to Covid for the safety of all.

Wishing you safety and good health,

We are pleased to announce The 10th Annual Sunshine Conference will be held at The Sawgrass Marriott, located in Ponte Vedra, Florida, May 11-13, 2022.

Following the COVID-19 cancellation of The 2020 and 2021 Sunshine Conferences, the 2022 Sunshine Conference promises to provide the opportunity to mingle with industry leaders from across Florida and the southeast, while taking in the breathtaking views and the exhilarating ocean breezes of the Atlantic.

We will have Special Guest Speakers from Industry Leading Companies and other positions within from within Florida and across the country.

The Sunshine Conference offers an intimate and exclusive environment for our guests which allows for optimal networking, unique educational and thought provoking experiences, along with fabulous recreational selections to choose from - Golf at The Ponte Vedra Inn & Golf Club or The Marsh Landing Country Club, Fish along the shores of the Northeast Florida Atlantic Coast with the most experienced and salty sea captains available, or relax and enjoy a lovely spa package at The Spa at Sawgrass Marriott!

TBD,  8 AM to 5 PM- Full day conference with offsite dinner to follow

TBD- Enjoy the fun! Select from Golfing at the The Ponte Vedra Inn & Golf Club Course or the Marsh Landing Country Club, an inshore fishing excursion or a Spa Day at The Spa at Sawgrass Marriott!

The 2022 Sunshine Conference promises to provide the opportunity to mingle with industry leaders from within Florida and across the country, while taking in the breathtaking views and the exhilarating ocean breezes of the Atlantic.  Atlantic Beach offers a wonderful selection of things to do -  enjoy the vast stretch of beach and coastline steps from your hotel room or dine at some of the finest restaurants available, all within walking distance.

We are Honored to Feature Dan Nevins, Director of Warriors Speak® as Our Keynote Speaker! 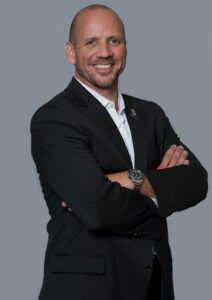 On March 1, 2009, Dan Nevins joined Wounded Warrior Project in an official capacity, and he now serves as director of Warriors Speak, a prestigious group of Wounded Warriors and caregivers who have been selected to share their personal, inspirational stories of courage and integrity with the public. By sharing his own story and personal accomplishments, Nevins is an inspiration to his peers and the warriors he serves.

Some of Our Prestigious Past Guest Speakers! 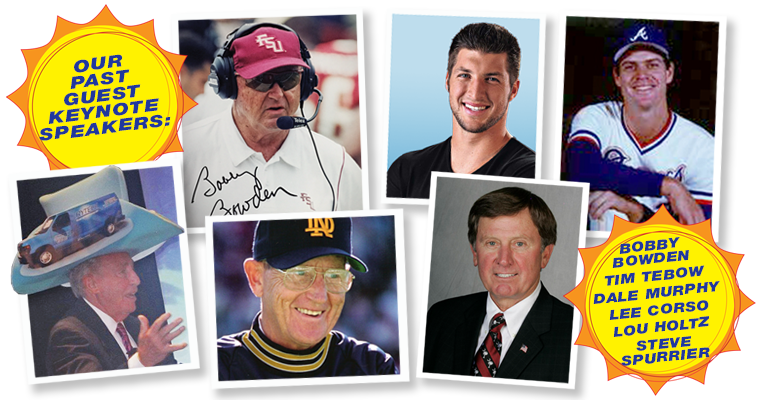 STAY TUNED TO SEE WHO WILL BE THE 2021 SUNSHINE CONFERENCE FEATURED KEYNOTE SPEAKER! 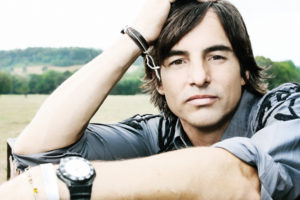 In the summer of 1993 Staff Sergeant Keni Thomas was deployed to Mogadishu Somalia with the 3rd Ranger Battalion as part of an elite special operations package called Task Force Ranger. Their mission was to find and capture a criminal warlord named Mohammed Farrah Aidid. On the 3rd of October, Keni and his fellow rangers distinguished themselves in an eighteen hour fire-fight that would later be recounted in the highly successful book and movie "Black Hawk Down". Nineteen Americans gave their lives and 78 were wounded in the worst urban combat seen by US troops since WWII.

A powerful speaker, Keni captivates audiences from beginning to end as he tells the incredible story of extraordinary individuals and how they fought to bring each other home. Drawing from his experiences on the battlefield, Keni inspires people to achieve greatness by stressing the importance of outstanding leadership at every level, even if the only person you are leading is yourself. His message of "Train as you fight - Fight as you train and Lead By Example" epitomizes the Ranger motto "Rangers Lead the Way!"

Keni sums it up like this, "Leadership has never been about the rank or the position you hold. It's about the example you set. There are people to your left and to your right who are counting on you and its up to you to deliver. But you will only be as good as you prepared yourself to be."

After Mogadishu, Staff Sergeant Thomas volunteered for one more enlistment in the Army. He became an assistant team leader for a six-man ranger reconnaissance team. He earned his master parachutist rating with over 400 military free fall jumps. He completed the Special Forces Combat Diver course, became an Advanced EMT and was one of ten Americans to complete the Belgium Commando Course.

Keni got out of the Army to pursue his music career and now works full-time as an award winning country music recording artist and songwriter in Nashville. He and his band Cornbread were featured in the movie "Sweet Home Alabama" and his music can be heard on country stations nationwide. Keni continued to serve our troops with regular tours to Iraq and Afghanistan.

He is a regular guest on all the major news networks as a military analyst and was also a military advisor for the Mel Gibson movie "We Were Soldiers". He has been recognized by the President of the United States, by Congress and has been awarded the American Patriot Award. But Keni is most proud of his appointment as a national spokesman for the Special Operations Warrior Foundation. They provide college educations to the children of our special operations personnel killed in combat or training.

"Our special operations warriors are the tip of the spear. Their's is a dangerous and high risk mission" says Thomas. "Because of that, their losses are disproportionately high when compared to the rest of our military. Taking care of their kids, is the least we can do. It's what those dads would have wanted."

Keni graduated from the University of Florida in December, 1988 with a Bachelor of Science in Advertising.

He is a recipient of the bronze star for valor. 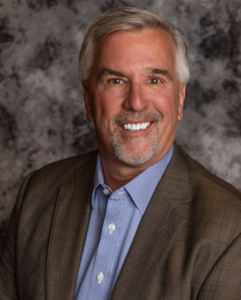 Steve Badger represents the commercial property insurance industry in major catastrophe exposures, both as a plaintiff in subrogation matters and a defendant in coverage litigation.  Beginning with Hurricane Andrew in 1992, for over 25 years Badger has been involved in litigation arising from every major catastrophic event, including hurricanes, fires, floods, and the 911 Terrorist Attack.

For seven years, Steven Badger served on the Plaintiffs’ Executive Committee leading the $5 billion subrogation action against airlines and aviation security companies alleged to have been responsible for the 9/11 Terrorist Attack. This historic litigation concluded in a $1.2 billion settlement for the participating property insurers, reportedly the largest subrogation recovery ever obtained by the insurance industry. Badger's presentation provides an inside look at the events leading up to 9/11.  Badger also discuss the numerous interesting insurance related and public policy issues that arose during the course of this historic litigation, as well as the currently pending subrogation action against the Kingdom of Saudi Arabia. 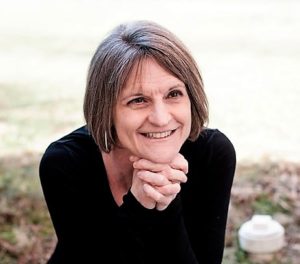 About 15 years ago, Sally Perkins started volunteering at a children’s hospital in Indianapolis, telling stories at the bedsides of sick kiddos.  One night, she heard a little girl’s moaning stop when the girl started listening to “The Three Pigs.”  When the story was over, the girl’s moaning started again. At that moment, Sally knew the power of story.

Since then, Sally has performed stories of all sorts—historical, wisdom, personal, and ghoulish--to audiences of all ages. She’s had multiple commissions to create and perform historical stories about famous characterslike John Dillinger and famous locationslike Butler University’s Hinkle Fieldhouse. She has been featured in theIndianapolis Spirit & Place Festival, the 2018 Tennessee Haunting in the Hills Festivaland the Festival of Ghost Storiesat Crown Hill Cemetery in Indianapolis.  Currently, Sally is traveling across the U.S. with her one-woman show, Digging In Their Heels: An Eye-opening, Energized Story of Women’s Battle for the Vote, a top-selling show at the 2018 Indy Fringe Theatre Festival.  In October of 2019 she’ll be performing Digging In Their Heelsat the United Solo Theatre Festival on Broadway!

Sally also works with professional clients helping them develop effective presentations and compelling stories for use their organizations – for sales, fundraising, and marketing.

Holding a Ph.D. from the University of Kansas, she has taught rhetoric and public speaking for nearly 30 years and currently teaches as an adjunct faculty member at Butler University.

But on her best days, you can find her back at the children’s hospital, telling stories at the bedsides of sick kiddos.

We wish to thank all of our guests and sponsors for making The 2019 Sunshine Conference a big success!

We hope you enjoyed being there as much as we enjoyed having  you!

Highlights From The 2018 Sunshine Conference